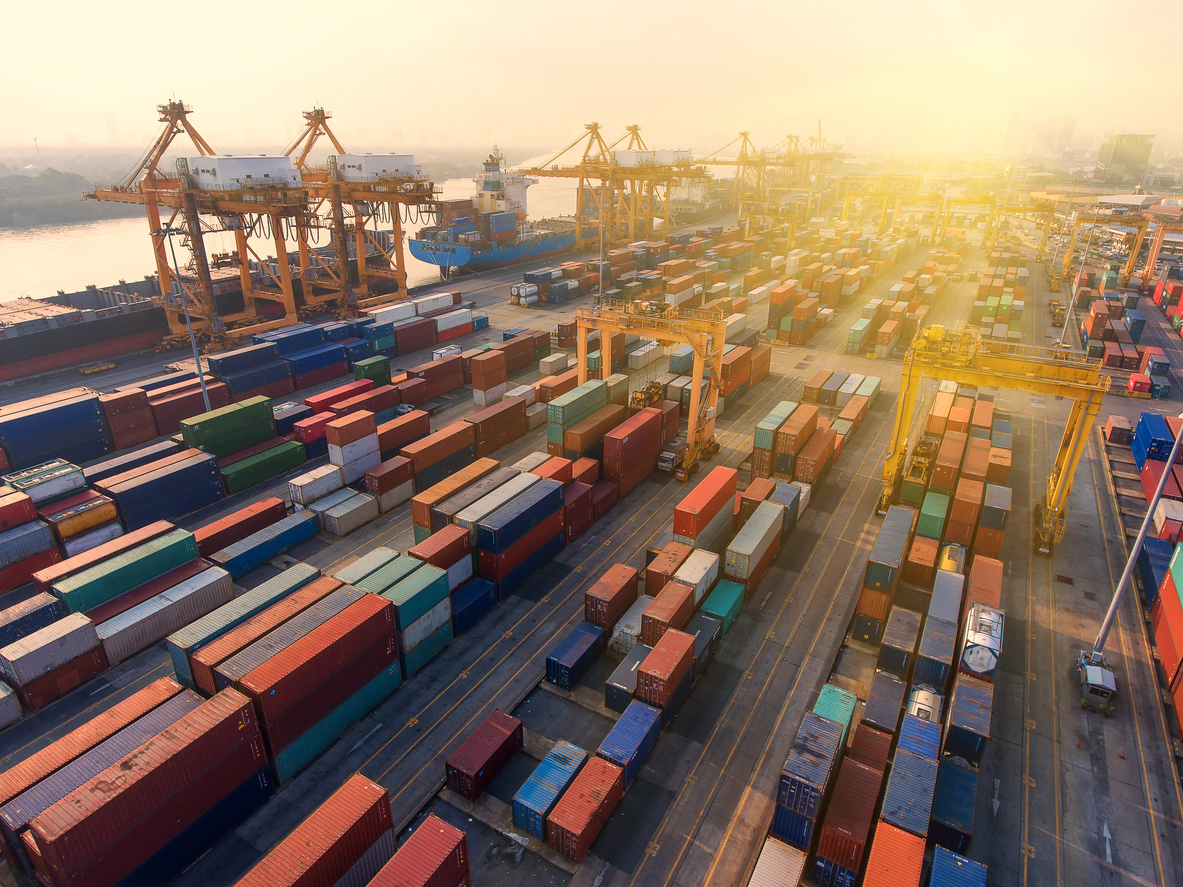 What’s next for global trade? Using Indicio to create a forecast

Our model predicts stagnation until at least early 2023.

*Indicio is an automated platform that allows you to estimate univariate and multivariate time series models to forecast macroeconomic and financial data. Macrobond users can now access Indicio’s technology through a direct API.

The late 1990s and early 2000s was arguably a period of hyper-globalisation as China expanded as a manufacturing powerhouse and became “the world’s factory.”

Since the Great Recession of 2008 though, the inverse has been happening. World trade collapsed in the wake of the financial crisis and took longer to recover than global income, with the Covid-19 fallout dealing an extra, though short-lived, blow.

Even without another economic crisis, global trade will continue its slow growth due to long-term structural factors – specifically, limits to the outsourcing and offshoring of production chains.

China’s economy looks increasingly fragile, and companies will also have to consider whether offshoring makes sense from a risk management point of view.

And finally, the global economy is facing several headwinds. The macro environment has quickly shifted from last year’s rapid recovery towards stagflation, with obvious implications for world trade.

To determine which factors will have the biggest impact on global trade, we created a simple model using Macrobond data and Indicio’s forecasting technology. It includes the following variables:

First, we performed an indicator analysis to determine which of the explanatory variables would be most useful in forecasting world trade. As the chart below shows, they are led by US GDP, Taiwan New Orders and South Korea Exports. Indicio can also measure the trend for world trade itself – and that variable is also influential.

The image below gives an overview of the different multivariate models for which Indicio can provide estimates. Each econometric model is assigned a different colour so their forecasts can be distinguished in the graphs further below.

Indicio also provides an overview of both in-sample and out-of-sample forecast accuracy based on the root mean squared error (RMSE). The image below shows the top three most accurate models for forecasting world trade using this selection criteria.

Using the three models above, we then create a 12-month forecast for world trade. After a relatively strong performance from late 2020 until the end of 2021, our forecasts show how trade is likely to stagnate in the coming year.

Indicio also creates a separate forecast for each explanatory variable, which is displayed in the picture below.

Finally, Indicio allows us to create a weighted forecast based on all the different univariate and multivariate models estimated above. The weights are chosen according to the forecast accuracy of each model. The picture below shows the weighted forecast for world trade, together with a confidence interval for the prediction.

Our forecast model for global trade basically predicts stagnation until the beginning of 2023. This would be consistent with the current global macro environment that has become extremely challenging:

In conclusion, there are good reasons to believe that world trade is going to stall in the short to medium term – a prediction echoed in our model created through Indicio.