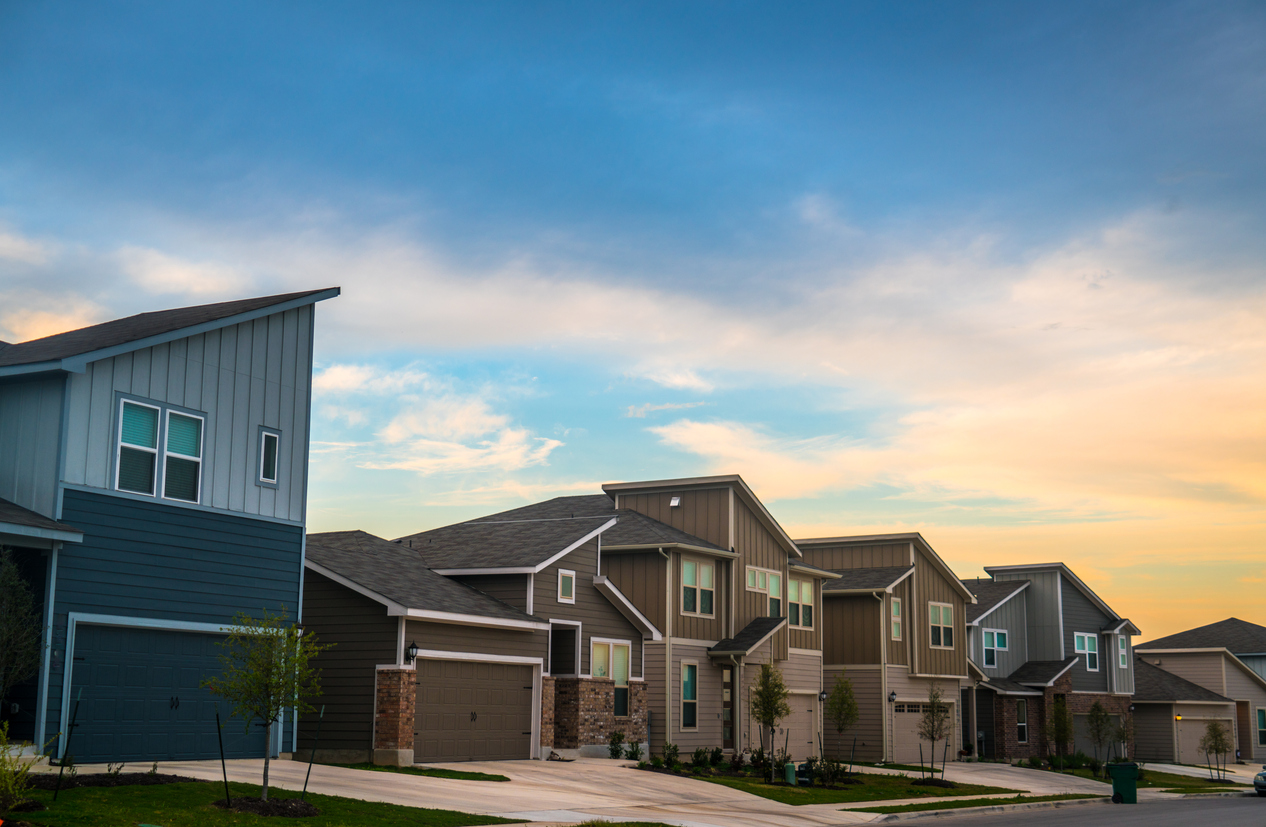 Home  /  Blog  /
Where is US real estate heading in 2022? A forecast from Indicio
Contents
Real estate

Where is US real estate heading in 2022? A forecast from Indicio

We use Indicio's automated platform to predict the direction of one the world's biggest property markets.

Indicio is an automated platform that allows you to estimate univariate and multivariate time series models to forecast macroeconomic and financial data. Macrobond users can now access Indicio’s technology through a direct API.

US real estate has been a hot topic these last two years as generous income support, a decline in real interest rates, several rounds of stimulus checks and the search for a better quality of life during the pandemic all conspired to fuel demand for housing. Median house prices surged to a new record last year, exceeding some USD400,000 for the very first time. Prices as compared to disposable income have also risen, making real estate less affordable.

Meanwhile, borrowing costs have increased as mortgage rates rise ahead of monetary tightening to rein in inflation. As the chart below shows, there is a strong negative correlation between mortgage rates and housing affordability; House prices tend to go up as interest rates decrease and vice-versa.

The average interest rate on US mortgages has risen by more than one percentage point since autumn 2021 and now exceeds 4%. Mortgage applications have fallen as a result.

Using Indicio to make a forecast

The key question now is where those house prices are going.

We can find out by setting up several forecasts in the Indicio platform using Macrobond data.

Indicio’s indicator analysis performs various tests to determine which of these can actually be used to forecast house prices.

In this case, the variables with the most predictive power are the M2 money stock, disposable income, GDP, and CPI, as well as construction starts and mortgage applications.

The multivariate models in Indicio (different specifications of VAR, VARMA, and VECM) predict that US house price growth will decline on a year-on-year basis from the current high of 18% to a more moderate 13% by the end of this year.

The following chart displays the top three multivariate models in terms of accuracy, based on past forecast errors.

The tree in the left panel shows the variables that had the biggest influence in our house price growth forecast – in this case M2, residential construction, disposable income, and real GDP.

Indicio can also create separate forecasts for each of the explanatory variables.

The forecast for the mortgage interest rate that we have estimated above might differ from market estimates or your own. If you want to test different scenarios for the explanatory variables in the model based on your own assessment, Indicio allows you to create conditional forecasts.

Given that the Fed will raise interest rates throughout the year, with the Fed futures market now pricing in another six hikes, it is plausible to think that mortgage rates will also increase by another 100 to 200 basis points throughout 2022.

We have thus re-estimated all the models in Indicio based on the assumption of a more rapidly rising mortgage rate over time.

Our conditional forecast assumes interest rates will increase by another 200 basis points by the end of this year to about 6%, roughly in line with the expected increase in the Fed’s policy rate.

The chart below shows the weighted average forecast based on model accuracy across a variety of different multivariate models available in the system, both for the benchmark forecast as well as our conditional forecast.

This scenario analysis, which assumes a faster rising mortgage rate compared to the baseline case, tells us that home price growth would slow even more sharply in that case.

It also provides an additional validity check for the models that we have created. Rapidly rising interest rates should have a cooling effect on the housing market, which is exactly what the Indicio forecast tells us.

Our Indicio forecast showing a slowdown in house price growth to just above 10% on a year-on-year basis is higher than what other forecasters are predicting. The Fed, for example, assumes a much quicker return to more moderate house price growth.

However, as with their CPI forecasts over the last year, there’s a good chance they could be wrong as the post-pandemic economy distorts key macroeconomic relationships.

There is thus no better time than now to test the Indicio forecast tool with Macrobond data.