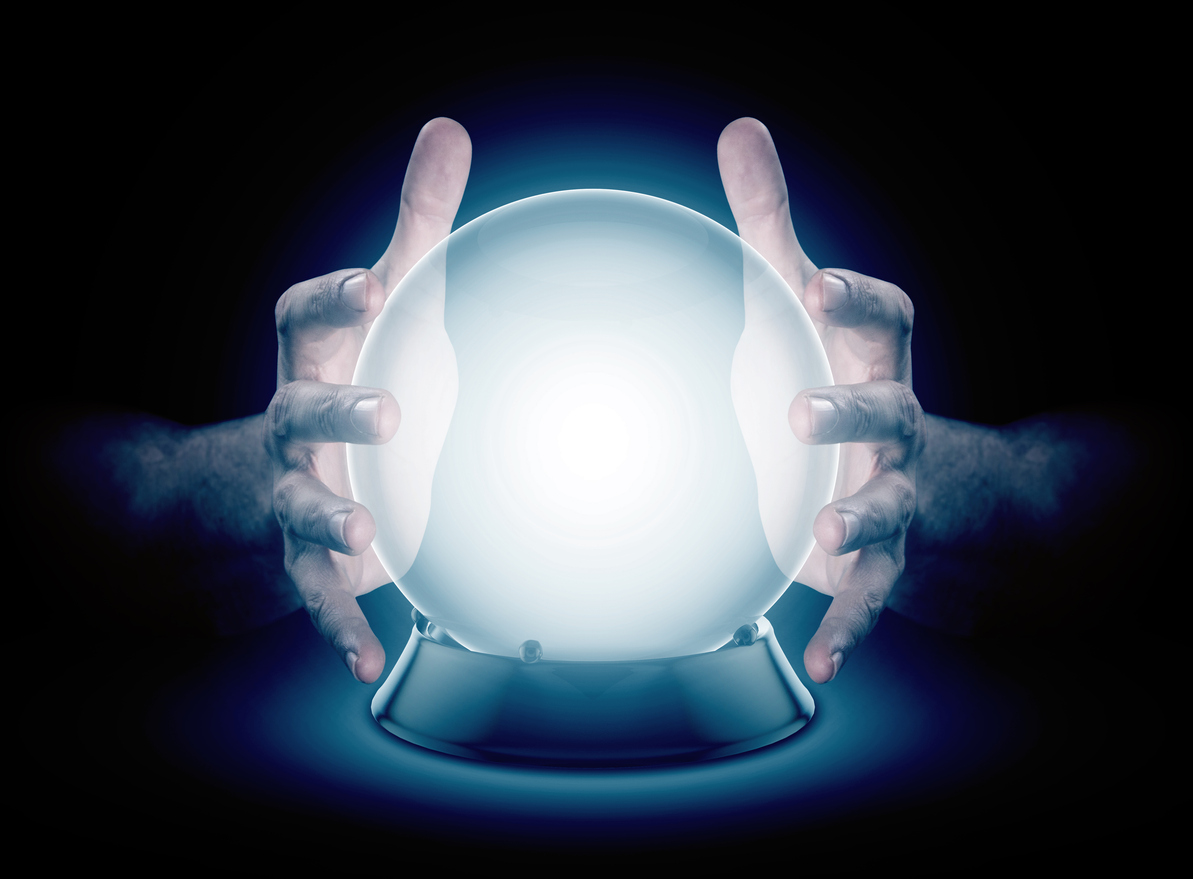 What investors should expect in 2022

Macrobond customers chart their predictions for the year ahead. Updated daily.

By
various contributors
on
December 10, 2021

Some of Southeast Asia’s biggest economies can look forward to at least another year of exports-driven growth as the US continues its remarkable recovery.

‍
The current rise in exports from the ASEAN-5 (Indonesia, Malaysia, Philippines, Singapore and Thailand) appears to echo the one we saw in 2008-2009, which lasted 12 months before peaking, and another 24 months before sinking into negative territory. That coincided with the early stages of the US economy’s longest post-war expansion.

‍
If a similar trend plays out this time, we can expect ASEAN’s trade performance to remain positive for at least another year given that the US recovery (assuming this is an “average” economic cycle) could continue for another year or two.

The dollar looks set to stay strong against most currencies in H1 of 2022 amid disparities between the US and other developed economies in terms of growth and interest rates, global imbalances in savings and investments, and the prospect of policy tightening by the Federal Reserve.

‍
Current account surpluses have increased in Asia and Europe thanks in part to rising commodity prices. By contrast, the US current account has shrunk further due to a deepening trade deficit spurred by post-Covid consumer spending on overseas goods. The majority of European and Asian savings is therefore being invested in US assets, particularly stocks and bonds, thus propping up the dollar.

‍
These imbalances seem unlikely to change given the continued strength of the US economy. As the year plays out and the Covid crisis begins to ease, consumption should revert toward domestic services. This should reduce the need for exports and lower the US current account deficit slightly in the second half of the year.

The pressure on monetary policy to address high inflation rates will remain an issue in 2022, according to David Kohl of Bank Julius Baer. However, he cautions against a normalisation of policy rates next year. Here’s why:

While the supply chain crisis has eased, bottlenecks will persist for industries that have longer planning horizons and less straightforward possibilities to expand capacity. Global supply chains could also produce contagion effects if even one product is missing. This will keep prices high for longer, exacerbated by too little supply rather than excessive demand.

Tighter monetary policy will hardly alleviate the situation. Higher interest rates help push back inflation by reducing demand but do not address supply constraints, which would fuel inflation again as soon as demand picks up.

Drastically raising interest rates in such a situation becomes a policy mistake, as it delays the adjustment of supply capacity.

2021 was the year inflation peaked and 2022 will be the year when its aftermath will surprise the markets.
- Easing supply chain bottlenecks will put less upward pressure on consumer prices
- But the Federal Reserve will still raise rates twice, starting in Q3
- 10-year US government bond yields will rise by 50 bps and the curve will flatten
- The USD will strengthen by 5%

When will liquidity become too tight for risk assets to bear? Financial conditions indices, such as the one below, are the most important indicators to watch.

Today, financial conditions remain near all-time low, easy levels. This means that the incrementally tighter liquidity in recent months (the 2-year yield moving higher in anticipation of tighter monetary policy), has not been enough to cause pronounced weakness in risk assets.

But as we move into 2022, we see a resilient dollar, credit spreads at their widest level since late 2020, and a Fed signaling acceleration of tapering – all factors that point to tighter financial conditions. If we see a trend change to tighter/higher financial conditions, we would expect further equity/credit weakness and the outperformance of quality and defensive parts of the market.

Will the global supply chain crisis of 2021 persist into 2022? Supply chain problems are closely tied to inflation since shortages in goods (and labour) lead to price rises. So, supply chain constraints might ease when inflation rates have peaked. While this is not easy to see in macroeconomic data, we could look at the Institute for Supply Management’s (ISM) manufacturing and services indices. If these survey-based benchmarks rise above 50, it means deliveries are slowing. As our chart shows, the lag in deliveries that peaked in 2021 has started to fall.

Central banks will seek to deliver “Goldilocks policy normalisation” over the coming year to keep inflation in check – neither too hot nor too cold.

Core inflation in the US, Europe and UK has exceeded central banks’ 2% targets, leading policymakers to adapt their tone on transitory assessments. While Omicron has added uncertainty and may delay the shift in demand from goods to services needed to ease supply bottlenecks, we continue to believe certain drivers of high inflation will be transitory.

But even as these ease, inflation may remain underpinned by expectations of price rises and wage growth—two key signposts of medium-term price pressures. However, an increase in employment could temper wage growth if it is not matched by labour demand. Similarly, a cool down in energy prices could be mirrored in inflation expectations.

Assuming limited disruption from the Omicron variant, the Bank of England will likely continue to raise rates through next year. That’s the prediction from economists at Investec, who also share the outlook for rate hikes from the Federal Reserve and the European Central Bank:

After the emergency easing during the pandemic, we expect major central banks to begin normalising policy rates. After delivering its first hike in December 2021, the BoE could continue at a pace of two 25bp policy-rate rises per year, with ‘quantitative tightening’ – i.e. a balance sheet reduction – taking place once the rate reaches 0.5%. While tightening may start promptly, policy rates could ultimately end 2022 somewhat lower than currently priced in, especially given the new found risks.

The Fed has announced it will accelerate its tapering, with a first hike likely to follow in mid-2022 on the back of mounting wage pressures. The ECB looks set to follow suit only around the end of 2023; inline with its new policy strategy, it would want to gather more evidence that inflation will be sustained rather than transitory.

It’s been another tough year for leisure and hospitality businesses, but those in the US can look forward to a better 2022.

The rapid economic recovery in the US this year was led by strong consumption, particularly of durable goods. Demand nearly tripled from the start of the pandemic after households accumulated some USD2.5 trillion in ‘excess’ savings thanks to generous stimulus checks and fewer opportunities to spend during lockdown.

However, we expect pent-up demand to rebalance spending towards the service sector (which normally accounts for around 65% of total spending) in 2022 as the economy fully reopens to leisure and travel activities.

How much further can London house prices rise? Properties in prime areas such as Chelsea, Mayfair and Kensington will enjoy continued growth in 2022 – and here’s the data to support it:

This chart shows the proportion of prime London sub-markets recording positive or negative monthly house price growth. We can see the impact of high stamp duty taxes in 2014 and of Brexit uncertainty between 2016 and 2019 weighing on price growth. More recently the sharp uptick in values through 2020 and 2021 was triggered by pandemic-induced house moves and upsizing.

This gives credence to Knight Frank’s view that prices in the prime London residential market will rise by more than 5% during 2022, with housing market growth running for a little longer on the back of robust demand, strong household savings and an improving economy. Despite the shift to higher interest rates, mortgage costs will remain extremely low by historical standards - supporting prices.

Inflation vs deflation. ESG vs oil prices. US vs China. These are the three key tensions that will affect the flow of funds into global financial markets in 2022. However, the key factor will be Japanese financial flows, particularly into the US and UK.

Japanese institutions will always be looking for yield in the major fixed income markets, capping any spikes. As our chart shows, some USD5 billion of Japanese money flowed into the US in October. We expect this trend to continue given that the S&P 500 has really become a US Treasury alternative, judging from the complex financial products that are being marketed here in Tokyo.

Here are the three key developments they say investors should look out for:

1. The world economy will transition from the recovery boom phase back towards steady-state growth, with inflation in most high-income economies trending down. The easing of supply chain bottlenecks, along with delivery times, will help keep price rises at bay.

2. The People’s Bank of China will go from monetary austerity to renewed easing; the Federal Reserve will transition from hyper-stimulative settings to monetary tightening, though increasing market volatility will eventually force the Fed to turn dovish.

3. And finally, in financial markets, cross-market trends may reverse direction, reflecting the underlying rotation in economic growth and shifts in monetary policy.

An impending rate hike by he Federal Reserve will have limited impact on US households.

The private sector has deleveraged since the financial crisis and despite a brief uptick in debt during the pandemic, nominal GDP continues to recover, with the debt ratio receding.

‍
We charted the exposure of US private-sector debt to short-term interest rate fluctuations. As you can see, it’s no worse now than what we saw in the late 1980s and 1990s as the stock of debt continues to move away from floating to fixed rates.

To protect their hard-won inflation-fighting credentials, central banks worldwide have begun unwinding the rate cuts of the last two years. The inflection point from monetary easing to tightening has passed and we expect the world’s most important central bank to embark on a rate hiking cycle by the middle of next year.

Corporates and households around the world are sitting on very large cash piles compared to before the pandemic. This chart illustrates how quickly, money market fund assets under management surged during the pandemic – a sign that households and corporate treasurers were storing excess cash in a precautionary fashion. But with rates so low there is little to be gained from holding cash. In fact, with inflation soaring the opportunity cost of holding cash is huge.

Going into 2022, we expect consumer spending to increase and precautionary saving to fall. Assuming pandemic restrictions ease that should fuel demand for services even as spending on goods remains robust.

Corporates will engage in a mix of returning cash to shareholders and capital investment. After a decade of underinvestment, and recent labour constraints, corporates will ramp up spending compared to the pre-pandemic period and that will support cyclical sectors and markets such as Europe ex UK.