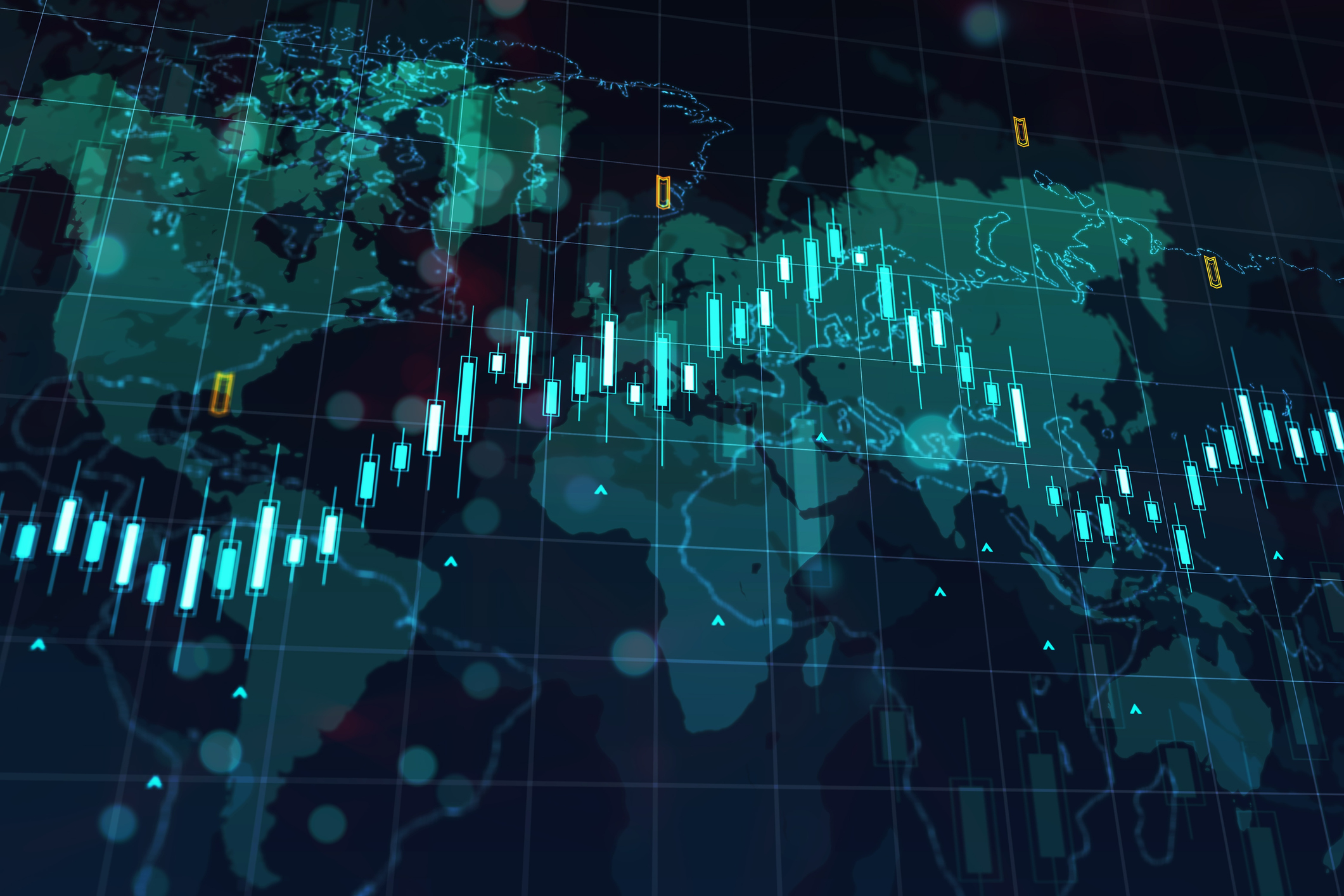 The US economy has improved substantially over the last year. The huge US fiscal stimulus measures combined with a very accommodative monetary policy stance from the Fed has led to a booming economy: US nominal GDP growth is expected to reach some 10% in 2021, roughly split into 6-7% real growth and 3-4% inflation.

Given the temporary spike in inflation, US forward rates have increased a lot. The 1-year forward, 4 years hence, more than doubled from about 0.75% in January to 2% at the end of March, showing that the Fed will probably tighten earlier and faster than previously expected.

This increase in forward rates supports the value of the dollar, and as one can see the yen depreciated by more than 5% against the dollar at the time of the increase.

As Macrobond guest blogger Richard Grace, Chief Market Strategist, Founder and CEO of PinPoint Macro Analytics, recently explained, “The competing forces playing out in the foreign exchange market are not currently strong enough to drive a large percentage change in the USD in any particular direction. But the next big move is likely to see the USD lift and appreciate. Wait for the Fed to begin tapering, and the USD will break from its current range and rapidly appreciate.”

Over the last two months, we have already seen some dollar appreciation, probably driven by future interest rate spreads, as indicated in the chart above. And as the Fed will be able to hike rates faster than most other advanced economy central banks, this is already reflected in the current spot rate.

In terms of monetary accommodation, the following chart displays the core inflation rate and the 10-year Treasury yield. Except for a brief period during the 1970s,real interest rates have never been so low; currently they are at minus 3% using core CPI – a sign of how extremely loose monetary policy is right now. This very accommodative policy stance will have to be reversed within the next 12-18 months unless the Fed is willing to accept substantially higher inflation rates in the future.

The following scatter chart shows the correlation between year-on-year nominal GDP growth and 10-year Treasury yields. With higher nominal GDP growth, bondholders need higher yields to offset higher inflation. In the next chart, you can see that we are currently in uncharted territory with the largest outlier ever recorded.

With the US economy rapidly recovering from the pandemic, we are recording some of the highest nominal GDP growth in decades. However, bond yields are still abnormally low, given the recent increase in prices. While this tells us that financial markets are currently fully on board when it comes to the “inflation is transitory” story, there will eventually be a nasty correction in the bond market if this turns out to be incorrect and US inflation rates remain persistently higher.

If that were the case, then the Fed might have to increase interest rates faster than expected to counteract inflationary pressures. The following chart shows that global monetary policy cycles are highly correlated with the Fed’s interest rate, which makes sense given the dollar’s role as a global currency.

Whenever the Fed is easing or tightening policy, other central banks around the world tend to follow. And this is precisely why we can observe monetary policy-induced global boom and bust cycles.

However, this narrative is somewhat oversimplifying the economic reality. Nominal interest rates have been on a secular downward trend for several decades now, and this is also driven by low inflation and low growth rates, i.e. secular stagnation.

The largest decline in eurozone bond yields occurred precisely at a time when the ECB had interrupted its quantitative easing program in 2019. This coincided with a substantial slowdown of the eurozone economy, which had a more substantial impact on yields than even monthly asset purchases exceeding 60 billion euros (2015 to 2017) or even a 100 billion euros in the spring of 2020.

While interest rates have remained subdued across advanced economies, the picture is different in many emerging markets.

In China, high yields have been spiking over the last months, with corporate defaults in the country rising sharply as the Chinese government allows companies to default on their debt payments. The China-US credit spread for high yield has approached a maximum of almost 9500 basis points. Given the size of the Chinese economy, we will need to look out for a substantial economic slowdown or crash should the debt bubble burst. Economists have warned for years that China’s growth trajectory is unsustainable amid high investment rates, fuelling concern about misallocation, while domestic consumption has been too low. A rebalancing of the economy could either occur gradually or more violently through a recession.