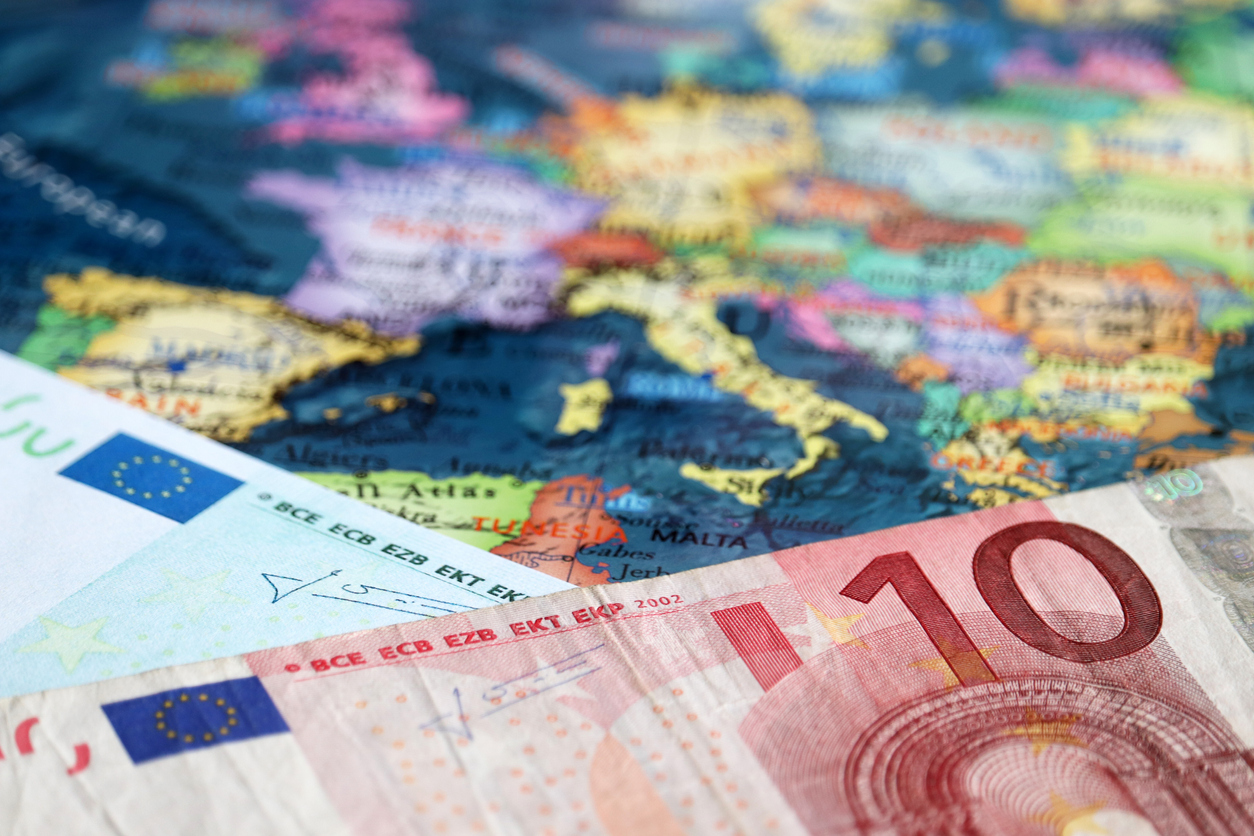 The euro area is heading toward recession, but there's only so much the European Central Bank can do.

If the ECB’s latest policy decision showed one thing, it is that the task of setting an appropriate monetary policy for the entire euro area is nearly impossible right now.

On 21 July, the central bank raised its benchmark rate by 50bps, the first hike in 11 years. At the same time, it also announced the launch of the Transmission Protection Instrument (TPI), a bond-purchasing tool designed to prevent fragmentation across the eurozone as monetary tightening raises fears of another debt crisis.

But these actions will likely have limited impact on the eurozone’s woes.

First, a significant share of the bloc’s inflation problem is supply driven, a result of high energy and food prices. It is thus outside the control of monetary policy makers.

In this chart, you can see how consumer prices have soared to 8.6% year on year even though core inflation is running only at 2.5%.

Additionally, inflation rates in the euro area have never been so dispersed. Malta is experiencing price increases of only 6% while in Estonia, inflation has surged to 22% thanks to the country’s dependence on Russian energy imports.

This has lifted the standard deviation of inflation from a historical average of around 1% to a near record high of 4.5%.

Consumers are also unconvinced. As former BOE economist Danny Blanchflower has explained, large drops in consumer confidence are a good predictor of recession.

All this is adding pressure on the euro, which has fallen against the US dollar by almost 20% over the last year. While currency depreciations typically help boost exports, this will have limited benefit amid declining global growth. The price of imports is also rising as most commodities are priced in US dollars.

The dollar’s strength is mostly driven by fundamentals: the US economy has recovered more quickly, and aggregate demand is above trend, leading the Fed to tighten at a record pace while the ECB takes a more timid approach.

As the following chart shows, the exchange rate is driven both by monetary policy and the yield differential on short-term debt. The 200-bps spread between German and US yields has been accompanied by a 20% appreciation of the dollar.

A looming debt crisis in Italy is only adding to the instability. After almost two decades of stagnation, the country’s government debt is now above 150% of GDP, higher even than the 127% during the European debt crisis a decade ago.

The EU’s third-largest economy is also reeling from a political crisis following the resignation of Prime Minister Mario Draghi, leading investors to see the country as a potential exit candidate. The sentix Euro Break-up Index for Italy signals unease, with a value of 5.3 points.

The following chart shows the high correlation between the break-up index and the German-Italian bond spread. As sentix explained, investors’ perception on the risk of a break-up can lead to higher periphery bond yields and vice versa: rising yields in Southern Europe feed back into the perception of heightened risks of a “Black Swan” event in the euro area.

The difference between the interest rate ‘r’ and the growth rate ‘g’ is what matters for debt dynamics in the long-run.

The economic rebound from the Covid-19 pandemic led to a huge jump in nominal GDP, meaning the r-g difference turned strongly negative and the debt outlook improved significantly – at first.

However, NGDP growth is expected to slow, and yields are expected to rise. Forecasts for 2023 from Consensus Economics show the spread between the 10-year yield and NDGP growth will narrow substantially over the coming year.

With economists widely predicting a eurozone recession this year, the debt dynamics for Italy will most likely deteriorate again – putting the ECB into an even more difficult position.

It is far from certain whether the new TPI can address the bloc’s fundamental problems – such as the ageing population in Italy and Southern Europe in general.

This last chart shows the dependency ratio will soon rise to above 50%, meaning there will only be two workers for every person who is not of working age. The ECB has yet to come up with any financial innovation or policy that could address these fundamentals.