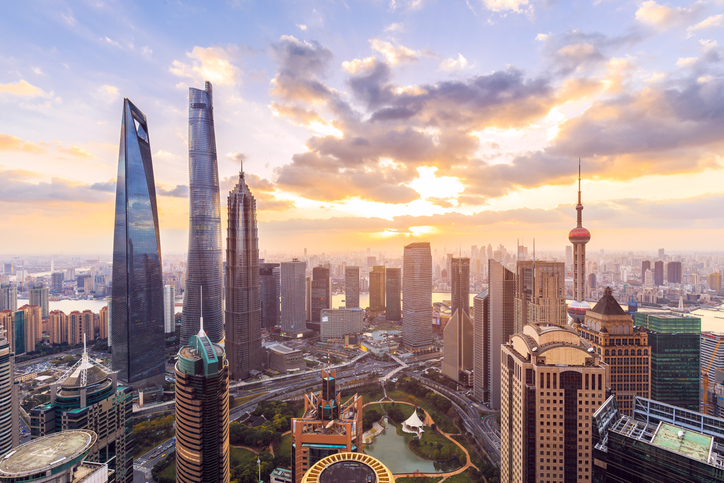 China’s economy is at an inflection point

By
Oliver Reynolds of FocusEconomics, with charts by Macrobond’s Julius Probst, PhD

This is a guest blog from FocusEconomics, which compiles forecasts from the world’s leading economists. Macrobond users can subscribe to its proprietary data as an add-on.

Dynamic. Unstoppable. The world’s factory. These are all terms associated with China’s economy, which has become the world’s second-largest in a single generation.

But the mood music is changing. While other Asian nations pick up steam, China is weighed down by persistent Covid-19 restrictions and a slumping property sector. For the first time in decades, the world’s economists expect China’s growth to lag behind the rest of Asia.

Moreover, China is no longer closing in on the US. The gross domestic product gap is set to widen in 2022, as the graph below shows. That’s not just due to economic malaise: the yuan is wilting against King Dollar, down about 12 percent year to date.

At market exchange rates, FocusEconomics forecasts China’s nominal GDP will slip to 74 percent of the US level in 2022 from 76 percent in 2021.

It’s hard to escape the feeling that the country’s economy is at a crossroads.

The playbook of decades past -- capital accumulation, exports and massive rural-to-urban migration -- is running its course. Returns on investment are diminishing. According to the IMF, the population is set to start declining this year -- presaging an era of higher labour costs, which will harm manufacturing competitiveness.

And the external environment is becoming more adverse amid a distrustful West. The US is imposing ever-tougher restrictions on how its firms and citizens interact with China.

Build it and they won’t come

Nowhere are China’s problems more evident than in the property sector. Residential investment has run at close to 9 percent of GDP for a decade -- almost double the level of the US, as the graphic below shows. Real estate accounts for a whopping 30 percent of the economy, compared to between 10 and 20 percent in major advanced nations.

Buying real estate is deeply rooted in the Chinese psyche. The home ownership rate is far higher than in the West, and most household assets are tied up in property, which has historically been seen as a sure-fire investment.

The aftermath of this real estate rush has been housing oversupply -- tens of millions of homes sit empty -- and rising debt among property developers. The government tried to tackle the latter problem and head off a financial crisis in 2020 by introducing the “Three Red Lines,” rules governing debt levels and asset-to-liability ratios.

However, these tougher regulations had the effect of rationing credit, just as investors were growing more jittery over developers’ finances. Renewed lockdowns also made consumers more reluctant to buy homes.

The result: house prices are falling almost everywhere, as our next two charts show. Indicators such as building sales, new housing starts and residential funding fell at a year-on-year pace exceeding 20 percent in the first eight months of 2022.

The country is strewn with half-finished high-rises; thousands of homeowners have refused to pay their mortgages until stalled construction projects are completed.

Local authorities have introduced a variety of measures to stabilise the real market, such as subsidies and smaller down payments. This might succeed in halting the downturn.

But the property sector still faces the near-term headwinds of a soft labour market, a lack of confidence in developers’ solvency and jitters about lockdowns. Over the longer term, adverse demographics mean that real estate will no longer be a dependable growth engine.

This gloomy outlook for real estate and the Covid-zero policy have driven FocusEconomics’ GDP forecast to be gradually and repeatedly downgraded, as the next chart shows.

Our latest consensus estimate is that output will expand a mere 3.2 percent this year, with a minimum forecast of 2 percent and a maximum of 4.6 percent. In 2023, growth is seen rebounding to 4.7 percent—still far below the average of the past decade.

By contrast, the graphic below shows FocusEconomics’ projections for other Asian economies have held up well. The more adverse global environment, including the war in Ukraine, has made relatively little impact.

The key move for these other nations has been their pivot towards living with Covid-19, rather than containing it. Countries across Asia have lifted border restrictions in 2022, leading to a swift rebound in foreign arrivals, as the next chart shows. That boosted services exports.

Speculation has swirled in recent weeks that China may consider an exit from the Covid-zero policy. So far, officials have said they will fine-tune the policy. In one move, China recently reduced the amount of time that travelers must spend in quarantine.

In search of a new growth model

China will likely push for self-sufficiency in key technological domains as further US trade restrictions are expected. Vast public funds will be channeled towards advanced manufacturing and artificial intelligence.

While China could see some technological breakthroughs, these will likely come at a price of substantial economic waste. The labour force will continue to decline. The government will likely continue to favor state actors over private ones. And tensions with the West will remain heightened.

Moreover, achieving elevated, sustainable growth would require a whole-hearted government push to wean the country off its investment addiction and reduce households’ precautionary savings. Household consumption accounts for less than 40 percent of GDP in China, compared to about 60 percent for OECD nations, as our next chart shows.

To get there, China would need to create a comprehensive social safety net. But such a large shift in China’s economic model does not appear imminent. Recent stimulus measures indicate the government’s instinct is still to shore up demand via infrastructure spending.

In summary, the current situation does not bode well for the long-term economic outlook.

As our final chart shows, FocusEconomics analysts see China’s annual GDP growth ebbing to 4.5 percent at the end of the forecast horizon in 2027 -- with that rate likely to dip below 4 percent in subsequent years.

At current exchange rates, GDP per capita is only a sixth that of the US. With the right reforms, the Chinese economy still holds immense potential to catch up with the US.

All opinions expressed in this guest blog are those of Focus Economics and do not reflect the views of Macrobond Financial AB.