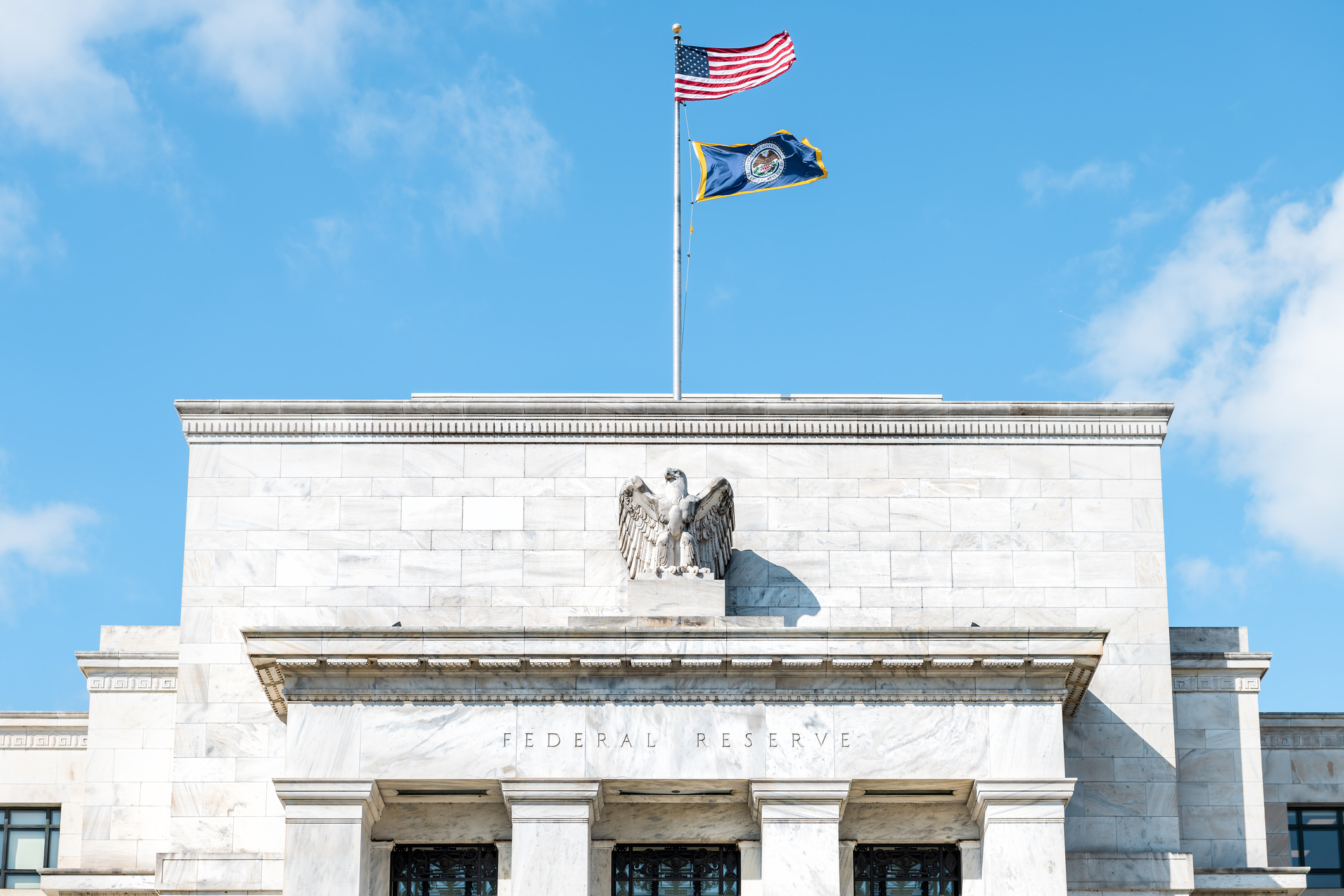 We chart market expectations and the US central bank’s historic responses to inflation.

With headline inflation surging to a new four-decade high of 9.1% in June, the Federal Open Market Committee (FOMC) will be under even greater pressure to raise rates more aggressively to stabilise prices.

We’ve already seen how the central bank’s rhetoric on inflation has evolved – from stating that it was “transitory” in November to warning that “an even more restrictive stance could be appropriate if elevated inflation pressures were to persist" at their last meeting in June, when they decided to raise the policy rate by 75 bps for the first time since 1994.

The Fed’s stronger rhetoric has been matched by three consecutive rate rises – each bigger than the one before – starting with a hike of 25 bps in March to 50 bps in May then 75 bps in June.

As the chart below shows, markets are expecting another significant rate hike at the next FOMC meeting on 26-27 July – by either another 75 bps or as much as 100 bps.

The next chart provides a different perspective on the same debate. As you can see, markets had initially been convinced the Fed would raise rates by 75 bps this month. Then on 13 July, the Consumer Price Index data for June was released – showing inflation had climbed to a higher-than-expected 9.1%. That shocked the market into calling a 100-bps hike. Anxieties have since eased, with markets now signalling a 75-bps rise instead.

Now let’s see what Fed fund futures tell us about what to expect. As the name implies, prices reflect market expectations about future changes in the Fed funds rate based on the central bank’s target ranges.

As the chart shows, markets expect rate rises to tail off in 2023, followed by rate cuts later in the year – a sign that investors don’t believe the Fed can tame inflation without triggering a recession.

Now let’s look at the probability and extent of upcoming interest rate rises. The chart below shows market expectations for rate rises over the next several FOMC meetings. As you can see, markets expect more hikes this year followed by rate cuts sometime in 2023.

Now let’s look back at how monetary tightening has historically affected inflation.

Lastly, let’s compare the Fed’s response vis-à-vis the Fed funds rate. Again, we can see that benchmark rates rose most sharply in 1974 and 1980 – making the current tightening cycle rather meek by comparison.

So what we can expect from the FOMC meeting next week? Perhaps these charts can help you fine-tune your own forecast.