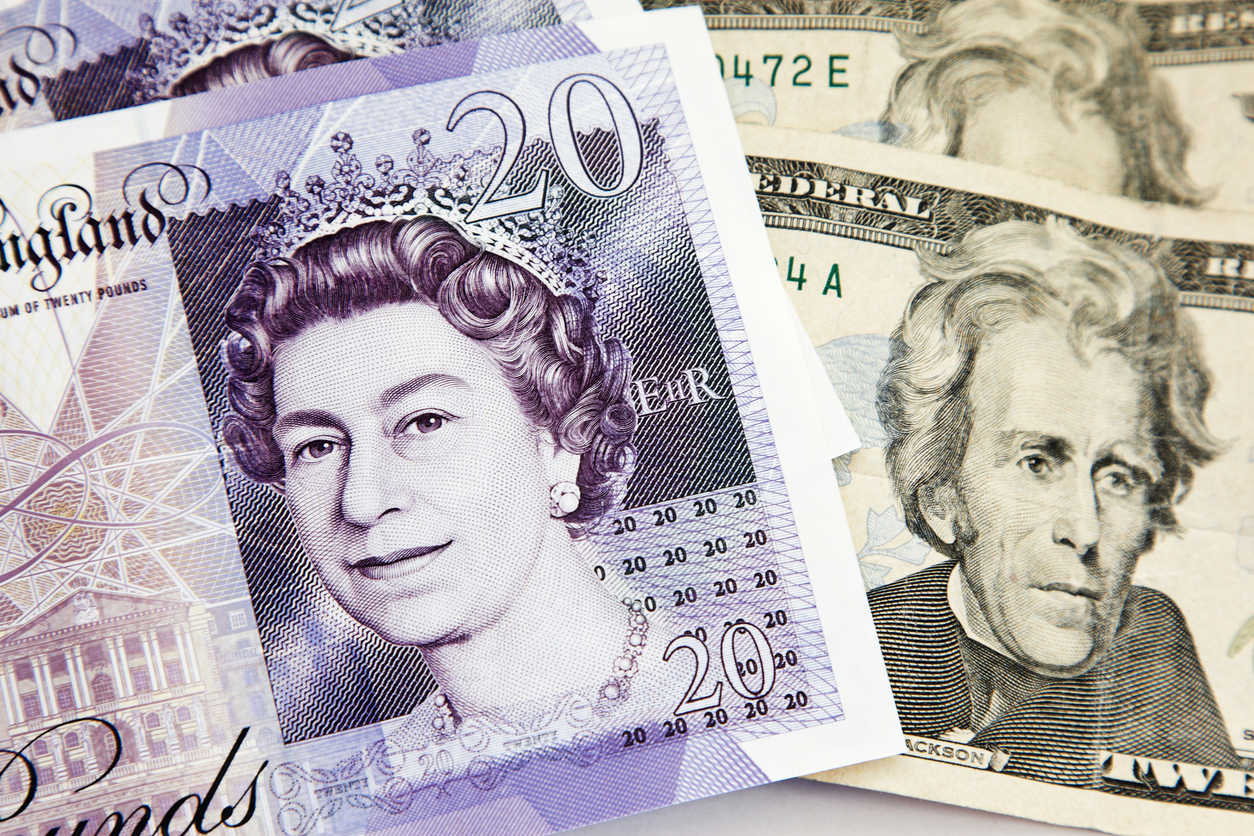 A crazy month and volatile future for the British pound: a journey in charts

The UK economy is under pressure on many fronts

‍Sept. 23 was the day that economists’ warnings about long-term weakness in the UK economy finally hit home with the markets – and the greater public.

‍Financial markets were shocked by the unfunded tax cuts in Prime Minister Liz Truss’s mini-budget. The pound and long-dated gilts plummeted, generating waves of stress in the pension industry. The Bank of England had to step in.

The central bank’s intervention won plaudits for restoring order. Truss walked back some of her most politically controversial plans, spurring speculation that she may be pressured to reverse course more generally. These factors have helped push the pound back to its Sept. 22 level.

The calm may not last. We expect the current mix of fiscal and monetary policy to resume weighing on the pound, even as the BOE is expected to hike rates aggressively. Any pivot from that tightening stance has the potential to sink sterling.

Over the long run, however, an exchange-rate model based on macro fundamentals sees some modest room for future sterling appreciation.

There is no doubt that the UK economy is in a dire situation. After a quick recovery in 2021 from the Covid-19 shock, gross domestic product figures are now showing a significant economic slowdown.

As the following chart shows, monthly gross domestic product (GDP) estimates for June suggest the economy had already contracted slightly by the end of second quarter, broadly due to falling output in the service industry (which is particularly vulnerable to deteriorating consumer sentiment).

The BOE is forecasting a prolonged recession that will start by the end of this year. The fiscal stimulus from Truss’s mini-budget is unlikely to change that.

Then there’s inflation. The UK is one of the worst-hit advanced economies from surging energy prices. Consumers have started to reduce their spending as the cost-of-living crisis worsens.

The following charts show how forecasters have continuously revised their inflation estimates upward as 2022 progressed.

For 2022 (the top chart), UK inflation is now expected to approach 10 percent. That’s double the rate forecasters were predicting back in January.

The bottom chart shows the inflation outlook is somewhat better for 2023, with the consensus estimate having “only” approached 7 percent. But it’s worth noting how wide the red stripe is versus its blue equivalent. That’s because individual economists have very different takes. Estimates range from 5 percent to 10 percent, showing how challening the volatile global environment is to read.

Returning to GDP, the outlook is a bit better than it is for inflation, but not much. Private forecasters have been less gloomy than the BOE. However, they’ve still continually revised estimates downward for this year and next, as the next two charts show.

The consensus estimate is for zero growth in 2023, with forecasters split between those predicting a recession and those expecting moderate expansion.

‍Unemployment is unlikely to stay this low

The swift recovery from the pandemic has kept joblessness at a record low. But the BOE doesn’t expect that to last.

Our next chart backs up that pessimism. Online job advertisements indicate a broad-based decline in openings across all industries, with manufacturing experiencing a significant slowdown since the beginning of the year.

The labour market slowdown is being experienced across Britain, though Northern Ireland and Scotland are somewhat less affected than England and Wales.

‍Market mayhem and the significant rate hikes traders foresee ahead

Back to Truss’s mini-budget and the chaos that ensued.

As the following chart shows, the moves by the pound and bond yields were extreme outliers compared with recent history. Sterling depreciated by 5 percent over the course of a week, and the 5-year yield rose by almost 1 percentage point. Placing that data point on a plot of weekly moves results in a dot for Week 38 of 2022 that has few companions nearby.

The mini-budget was not highly inflationary, but it damaged confidence in UK governance and the trajectory of the national debt burden. International investors demanded a higher risk premium.

As the next chart shows, statistically speaking, this was a 7-sigma-plus event, ie. one that rarely happens for advanced economies. (The blue band shows plus/minus one standard deviation, i.e. home to about two-thirds of data points.)

Looking ahead, the BOE is pursuing two seemingly contradictory policies.

After its emergency intervention last week, the central bank is temporarily (or so it says) buying long-term bonds. But while it suppresses yields on the long end of the curve, the BOE is still committed to bringing inflation down by hiking the short-term rate.

Futures traders believe in more hikes. As the next chart shows, they’ve significantly raised the projected interest-rate trajectory upwards. The key rate is predicted to peak near 6 percent by mid-2023, with the market indicating it expects more BOE tightening will be needed to offset the additional fiscal stimulus.

If this trajectory comes to pass, it would be one of Britain’s fastest and steepest tightening cycles.

If central bankers disappoint the market, further pound depreciation is very likely, making this a treacherous environment for the BOE. As we ponder the prospect of another pound crash, it’s worth revisiting the work of economist Paul Krugman, who wrote extensively on currency crises. He reminds us that such crises usually occur in a scenario with three components:

The UK fulfills the third but not the first two criteria. But there’s another reason to worry.

As our next chart shows, the UK is the only advanced economy that has both a negative net international investment position as well as negative net primary income. That’s a major contrast to the US, whose “exorbitant privilege” allows the superpower to earn positive income on a deeply negative net IIP.

The UK current account deficit is now particularly large as imports have swelled due to record energy prices. A sudden stop scenario -- where foreign capital inflows dry up and foreign investors withdraw their money -- cannot completely be ruled out. While such shocks are associated with emerging markets, the eurozone debt crisis showed advanced economies can be vulnerable too.

The UK’s key advantage over the euro crisis nations is its flexible exchange rate. The declining pound has two immediate effects that are a blessing in disguise.

First, it increases the value of Britain’s foreign assets. Secondly, it makes British assets and goods more attractive to the rest of the world. These factors make it unlikely that the UK will experience a classic currency crisis even as domestic rates surge.

There is some qualified good news for the pound.

The exchange rate model below implies that the pound is currently slightly undervalued vis-à-vis the euro and might head back towards 1.20 in the medium run. The model is based on differentials in interest rates, growth, measures of inflation and money supply.

The speed of any move will depend on many factors, including the BOE’s reaction function and whether the UK avoids a deep recession.

It is quite possible for the currency to remain undervalued for prolonged periods. Do not expect a bounce back to 1.20 anytime soon!