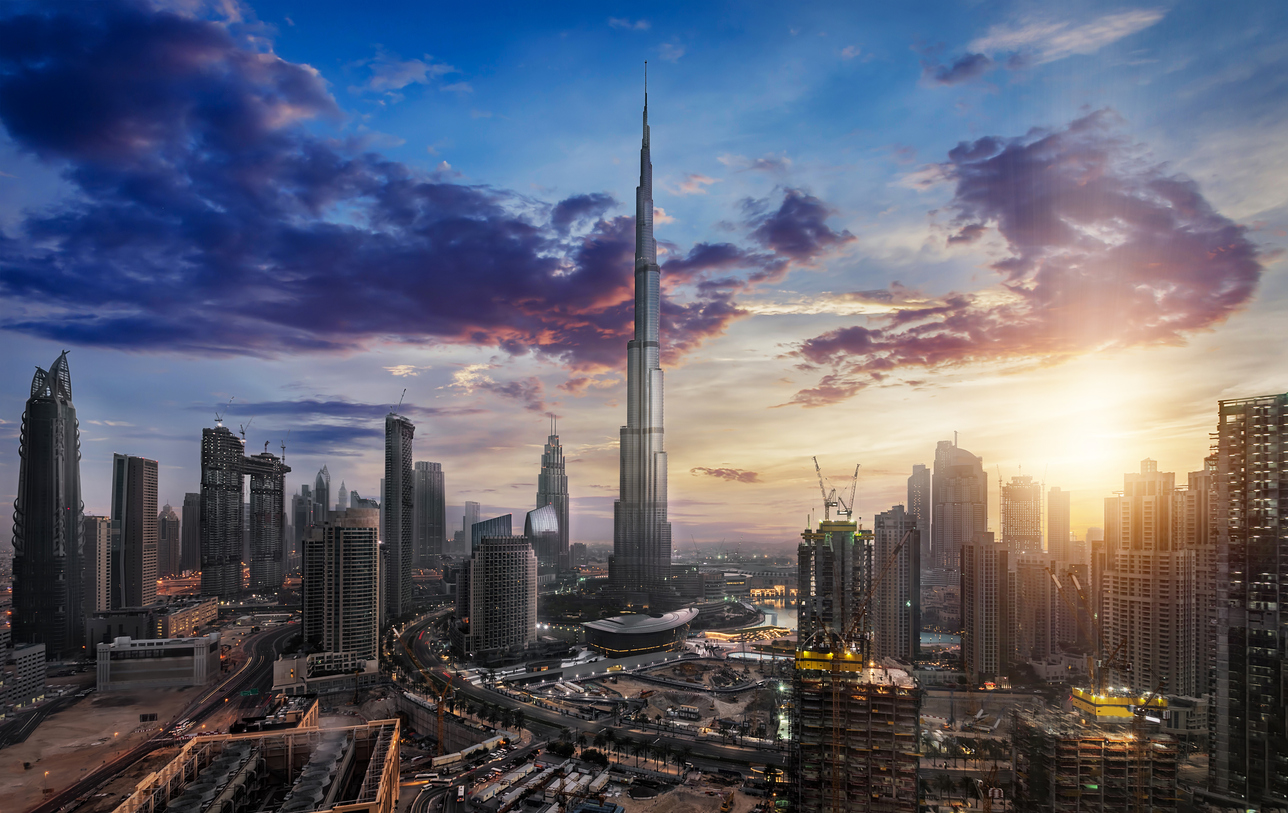 The post-pandemic future looks brighter for the UAE

Economic indicators point to a rosier near-term outlook for the United Arab Emirates.

The UAE economy has come a long way from the depths of the pandemic, at least if the latest Purchasing Managers’ Index (PMI) surveys are anything to go by. With surveys for both the UAE as a whole and the individual emirate of Dubai now sitting comfortably above the 50 mark – which separates expansion from contraction – the near-term outlook for the country has decidedly turned for the better.

The December PMI survey for the UAE revealed that headline activity came in at 55.6. While this was modestly down on the previous month, it remains firmly in positive territory. Within the headline figure, output growth hit a nearly two-and-a-half-year high, while new orders growth also remained robust, albeit easing to a three-month low.
‍

Central to this strength was Expo 2020, which took place in Dubai, and its boost to spending and tourism. That said, employment and stock levels grew only marginally, and suppliers’ delivery times decreased at the fastest rate since July 2020, dampening the overall figure somewhat. Elsewhere, as well as sharp rises in import prices, optimism dropped to a three-month low amid the outbreak of the Omicron variant.

Separate data for Dubai, meanwhile, confounded expectations and rose to its highest level in 2.5 years. Rising to 55.3, the PMI signalled a sharp improvement in operating conditions. The upturn was driven by a robust increase in new order volumes. The rate of growth was the quickest seen since July 2019, and back in line with the trend for the series that began 12 years ago. Surveyed businesses highlighted that the rise in new work was often driven by the easing of travel restrictions which, along with Expo 2020, had boosted tourism demand. Companies also cited an improvement in local sales as consumer confidence grew.

‍
Other indicators, such as hotel occupancy and footfall data for the retail industry – both of which have returned to pre-pandemic levels – also suggest economic activity in the UAE is set to remain robust over the next two quarters or so, and likely to rise above its pre-Covid average of around 3%. As well as being propped up by the six-month Expo 2020 event, and the fact that November to April represents the peak period in the country’s tourist season, this will also be supported by several other factors – both external and internal – in my view.

On the external side, notwithstanding the recent surge in Covid cases in certain parts of the world, global oil prices are likely to remain firm over the next six months or so. This will clearly benefit the UAE economy, in particular Abu Dhabi, given that it is one of the foremost crude oil producers within OPEC. Additionally, with global demand/trade set to remain resilient, this will also support the economy, given its open nature.

On the domestic side, meanwhile, with employment prospects in the UAE improving and the property sector stabilising, this will serve to underpin confidence and, hence, domestic consumption.

Against this favourable growth backdrop, the country’s asset markets closed the year on a high. The Abu Dhabi bourse finished the year up more than 68%, while Dubai’s closed out the year up some 28%. By comparison, the global MSCI Emerging Markets index finished the year in negative territory to the tune of over 2.5%, dragged down by its largest constituent, China. Within a regional context, the overall UAE stock performance was also favourable, beating its main rival, the Saudi Stock Exchange, which rose by more than 30%.

‍
With favourable growth and robust oil prices set to persist through 2022, the UAE’s two bourses are expected to rise further this year, though the overall gains are likely to be much more modest. This will also be aided by the fact that the country’s overall stock market valuation, as measured by the price-earnings ratio, remains relatively favourable (~15x).

Despite the positives highlighted above, policymakers have not used this as an excuse to relent on the reform process. Rather, they have introduced a raft of reforms designed to improve the long-term competitiveness of the UAE economy. Key measures include:

While it is too early to gauge the full impact of these measures, I believe the current pro-reform agenda is set to persist for a number of reasons. First, there is widespread recognition that the UAE economy’s – in particular Dubai’s – existing growth model being based on, among other things, real estate and hospitality, has run its course and needs to be “upgraded”. Second, with other Gulf Cooperation Council (GCC) countries such as Saudi Arabia also embracing reforms and starting to pose a competitive threat, UAE authorities know they need to step up their own reform drive to ultimately preserve their long-standing competitive edge over their regional neighbours.

More broadly, developments at the global level have also given the UAE reform process a positive nudge. In fact, the country has recently made a pledge to achieve net zero carbon emissions by 2050 despite being a major oil producer. This shows that it is keen to be positioned in future industries – such as solar, hydrogen, AI and robotics – that will help ensure its long-term viability amid the push to decarbonize the global economy.

However, this will not be a straightforward process and the UAE is not the only country in the region seeking to do this, with the likes of Saudi Arabia setting out similar plans in its transition away from fossil fuels. It’s therefore safe to conclude that economic rivalry and competition is set to step up markedly within the GCC region, as it looks to a future beyond oil and gas.

Amír Khan is an independent macro economist and strategist based in the UAE.