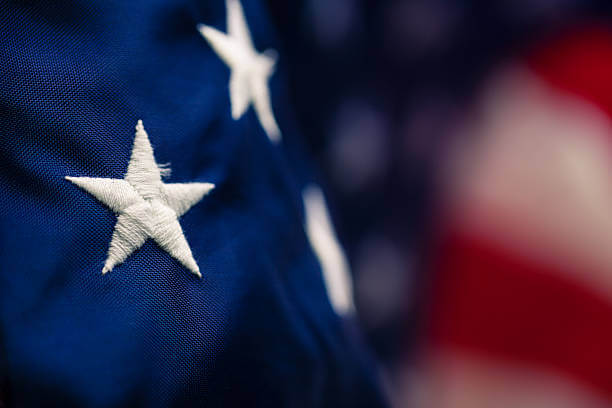 The financial outlook under Joe Biden

We explore the US presidential candidate's potential impact on the national economy.

Lessons from the 2016 Election

The Trump victory in 2016 was obviously a shocker for most people, including me, even though a few days before the event, I wrote that a Trump victory makes sense from an economic history point of view.

Why? Well, with the Great Recession that hit the global economy in 2008/2009 one could observe several social and economic trends that were similar to the events that unfolded during the 1930s.

Researchers found that financial crises increase the populist and right-wing vote share. The very timid recovery that advanced economies have experienced has led to wage stagnation at the bottom, while top income groups have benefitted from rising asset prices.

As millions of people became unemployed and left the labor force, inequality increased substantially, and the migration crisis in Europe stoked further fear.

All of this coincided with an increase in the populist vote share in Europe and the US, thus explaining Trump’s path to victory 4 years ago.

Well, even though I don’t personally think Trump will win, the forecasts for 2020 are a little bit puzzling. The Economist election model currently gives Trump a 5% chance of winning while Nate Silver’s 538 model gives him just a little more than 10% (compared to more than 30% in 2016). These estimates strike me as rather low, especially given that pollsters worldwide have underestimated extremist votes in recent years.

On the other hand, prediction markets give Trump about 40%, which seems very high. I will be honest, I do not believe this price for several reasons.

While I have come out in favor of prediction markets before, they have not performed that well when it comes to recent election results – they underpriced both Brexit and the Trump victory in 2016 (giving him about 20%).

Furthermore, prediction markets do not aggregate information as efficiently as regular financial markets for several reasons. First of all, liquidity might be an issue, meaning that mispricing is probably a problem. There are regulatory limits as to how much money you can bet in prediction markets. Furthermore, PreditcIt is charging fees on the profits one can make, thus hampering market participation.

It’s also important to consider that prediction of the US election is a binary event that only happens once every 4 years, and the low frequency of betting opportunities might create further inefficiencies.

Certainly, polls are telling us a different story. Trump has been the most unpopular president in modern history. At the same time, though, his base has been extremely loyal, meaning that his popularity rating has remained quite stable at about 40% since 2017.

Democrats are leading by about 7% in the polls for the generic ballot for Congress, according to 538 (note that 538 is a poll aggregator and that they do not poll themselves).

This is also in line with RCP whose polls indicate a 7% advantage for Democrats for the popular vote.

As the events of 2016 made very clear, winning the popular vote does not ensure the presidency. It is common knowledge that Democrats have an Electoral College (EC) disadvantage, which means that a popular vote margin of less than 3% will lead to Trump victory.

A margin of about 5% will probably mean a narrow Biden victory whereas a margin of about 7% or more might lead to a Democratic landslide. Small swings in the popular vote can easily translate into relatively large gains in the EC.

The chart below shows the PredictIt price for seven relevant swing states that will decide the US election. Right now, Democrats are favored to win at least four out of these seven, according to the PredictIT prices quoted below.

Most importantly, Biden is expected to carry Pennsylvania, which is going to play a key role in this election. More specifically, it now has more than 30% chance of being the tipping point state, meaning the first state that gives a presidential candidate the majority in the EC when states are ranked according to vote margin.

While Biden seems to have a comfortable lead in Pennsylvania right now, we should bear in mind that state polls were off by several percentage points in the Midwest last time, the key swing states that Trump carried with 70 000 votes in 2016 and won him the election.

Furthermore, polling errors are serially correlated across states, meaning that if Trump outperforms in Michigan and Wisconsin, he is also likely to do so in Pennsylvania.

While the chances of another Trump victory are rather slim, they are probably larger than what conventional models currently estimate.

What Are the Investment Implications? A Hypothetical Biden Win‍

Given that a Biden win is more likely than not, there are three obvious Macro trades that come to mind: A stronger dollar, potentially a higher equity risk premium (meaning higher returns), and a boom in renewable energy.

First of all, a Democratic White House together with a Democratic Congress (and potentially even a majority in the Senate), would likely lead to more fiscal stimulus in 2021. The Democrats made it clear that they will support the economy with more measures given that the Corona crisis continues unabated.

Several economic forecasters have estimated that a Democratic White House would be better for the economy in the years to come, precisely because we can expect more stimulus measures in a still deeply depressed economy (the growth difference compared to a Trump White House might be worth several percentage points over one presidential term).

A Biden Win and the US Dollar

As the graph below shows, the USD responded strongly to the Trump tax cuts. Given that the US economy was approaching full employment at the time, as estimated by the Federal Reserve, monetary policy makers responded to the fiscal stimulus with rate hikes. Monetary offset led to a sharp appreciation of the USD.

While this time the Fed has promised to leave interest rates low for longer under its new AIT regime, the principle still applies that additional fiscal stimulus will rather favor the USD. In the current Macro environment, more fiscal spending will lead to higher GDP growth rates via the fiscal multiplier and many forecasters expect higher GDP growth going forward under a Biden administration.

Based on growth and inflation differentials, I expect the dollar to appreciate, especially vis-à-vis the Euro. Once again, the death of the USD has been greatly exaggerated and in fact the dollar’s importance increased during the Corona shock.

A Biden Win and US Equities

Secondly, I expect the equity risk premium to remain high in the years to come. The chart below displays the 10-year moving average of total returns for equities compared to the yield of a 10-year Treasury, which I use as a proxy for a safe return.

Historically, the equity risk premium has been in the vicinity of about 6%. The current Macro environment is a new era of low interest rates and this is not going change any time soon.

For that simple reason, it would be a mistake to go underweight on US equities, even though valuations might seem stretched from a historical perspective.

However, it is problematic to simply compare the US index with European or Emerging Markets benchmark stock indices and to infer that the rest of the world looks cheap and therefore would be a good trade going forward.

This line of reasoning has not worked out in recent years as American equities have outperformed by a wide margin.

Moreover, any fiscal stimulus measures passed in the current Macro environment will turn out to be growth positive and therefore also boost equity prices.

As one can see below, the S&P 500 is extremely tech-biased compared to the rest of the world. Adjusting for sectoral allocation can explain a good part of the high PE ratios compared to European and Emerging Market benchmarks where financials and consumer goods have a much larger weight.

About one year ago, PE ratios for the US were among the highest globally, while now the situation has reversed. Corporate earnings across most sectors have plummeted as result of the global depression due to Covid, thus pushing up PE ratios to unprecedented levels.

On the other hand, the Tech sector has been one of the main beneficiaries of the current situation with US technology companies taking the lead.

A priori, betting against the US and hoping that European equities will eventually converge to US levels might turn out to be a losing strategy once again.

A Biden Win and Renewable Energy

As one can see, many renewables have already outperformed the S&P 500 in recent years. I expect this trend to continue as global warming will become the most pressing economic issue of our times. As you might have noticed, Central Banks are also considering getting involved and potentially targeting green sectors to address the externalities of climate change. Leaving aside whether this is a good idea or not, renewables will obviously benefit if Central Banks were to target specific sectors to support a greening of the economy.