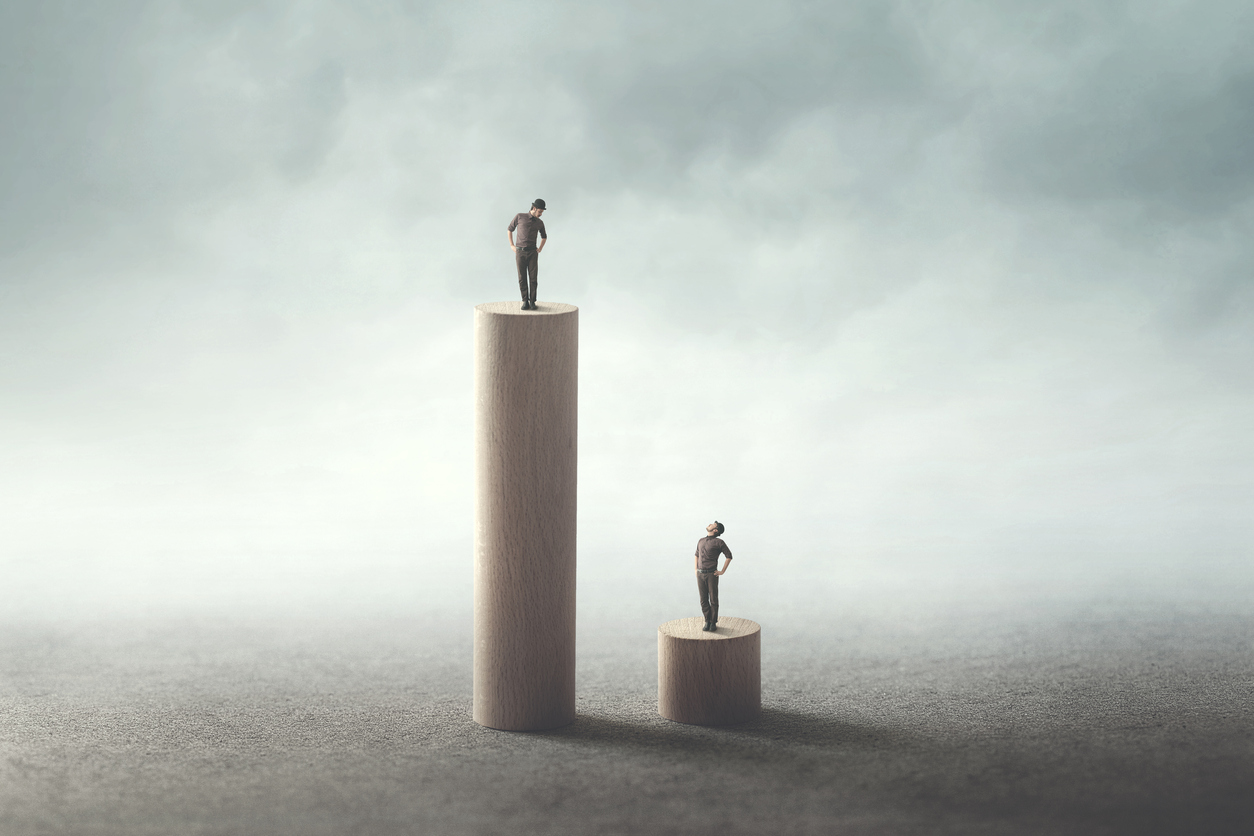 This week I want to take a look at inequality, an important topic that is particularly relevant right now because of the impact of the Coronavirus.

It’s fair to say that inequality has become a very hot topic in the aftermath of the global financial crisis.  While global inequality has fallen a lot in recent decades thanks to poorer countries catching up, for the most part, inequality within countries has significantly increased.

Unfortunately, a lot of the progress will be undone, as we see the fall-out from the pandemic likely resulting in the poorest countries experiencing significant economic downturns.  To compound the issue, the fiscal and monetary capacities of these countries are not robust enough to sufficiently soften the shock. We see the same effect occurring at a domestic level as well, with the vulnerable groups in society being most heavily affected. To unpack this, I will be focusing on these developments in the United States.

On US income inequality

The middle of the distribution has lost out the most with a decline of 3% over the same time. This effect has been dubbed “the hollowing out of the middle” class.

In the graph below, I have depicted the Gini coefficient, a measure of inequality, using income shares for the US using the latest data.

Graphically, the Gini coefficient is equal to the area A/(A+B) in the triangle in the graph below. Therefore, a high Gini coefficient means a lower cumulative income share at the bottom and therefore higher inequality.

The Gini coefficient for household incomes in the US has increased from about 0.4 in the 1960s to almost 0.5 today, an increase of more than 20%. One can also observe an increase in inequality within racial groups in the US.

On US Wealth Inequality

As you’ll see in the chart below, the median net worth took a significant hit post 2008 with the burst of the US housing bubble and the slow economic recovery thereafter. The reason for that is quite obvious: for most families housing is the the asset with the highest value. The median family net worth of house owners was above 230.000 USD compared to just 5.000 USD in 2016 for families that rent.

All of that is to say, the burst of the housing bubble made the already disparate distribution of wealth even more stark, given the lowering of the median net worth as a result of the devaluation of that asset class.

Finally, as one can see below, the extent to which wealth differs by percentiles is staggering. The lowest 25% only have a net worth of 100 USD! That is because most of them are debtors and therefore might even have a negative net worth. The highest 10% are the only group that have significantly increased their net worth post 2008, up from about 1.5 million USD in the early 2000s to about 2.4 million in 2016.

A note of caution is warranted. Inequality data can be inaccurate and even misleading for several reasons. First, we know that a lot of wealth by the rich is hidden in tax havens and offshore financial centers, meaning that we probably understate the wealth at the top of the distribution.

Second, the data above only captures a snapshot in time. A person leaving medical school with a doctor degree might have some 100k in debt and would be at the very bottom of the wealth distribution. Two decades later though, he most likely belongs to the top of society because the medical profession is among the highest paid in the US.

The Corona shock and unemployment

With the current Corona shock, it is extremely likely that inequality will continue to rise since the most vulnerable groups in society are the most affected. The chart below shows that the unprecedented economic shock has led to a significant rise in unemployment, in the short term. It remains to be seen how slowly or quickly the job market will recover.

Similarly, if we look at unemployment by education, one can see that college educated individuals have an unemployment rate that is significantly lower than that of people without a degree. Again, the factor seems to be roughly 1.6, meaning that the unemployment rates for uneducated workers rises much more than that for the highly educated.

From where I stand the Corona shock could be very bad news, as it will likely lead to a large increase in inequality, both globally as well as within countries.

Furthermore, the extremely unequal wealth distribution is also bad news for monetary policy makers. One of the aims of interest rate cuts and quantitative easing is to boost asset prices, which should support the economic recovery (the wealth effect). However, it is precisely the wealthiest that have the lowest propensity to spend. Therefore, as inequality has been rising to unprecedented levels, the wealth effect might have become marginalized, meaning that larger interest rate cuts and more QE are needed now compared to the past to have a significant effect on consumption and investment.