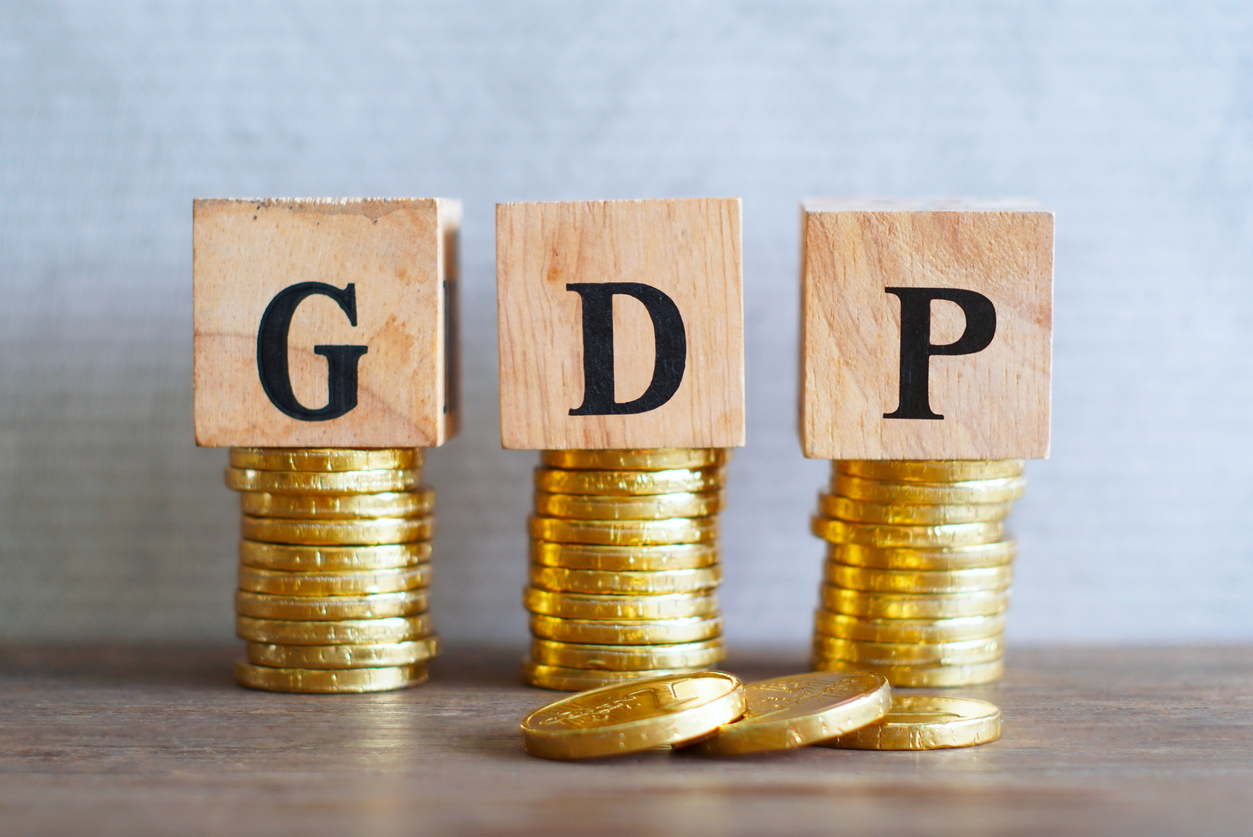 Julius Probst, PhD, explains why the nominal GDP gap is so important to macro analysis

Just this week we added the nominal GDP gap from the Mercatus Center to the Macrobond database.  As I will explain later, this series is a crucial indicator for market monetarists.

For the uninitiated, the Danish economist Lars Christensen wrote a paper almost a decade ago about a new school of thought within macroeconomics that he called market monetarism. The label quickly caught on and has stuck ever since. Market monetarism rests on the following key propositions:

While some of these claims might seem somewhat controversial, standard economics, including neo-keynesian theory, supports most of these statements.

When Keynes was talking about stabilizing effective demand, he was referring to economy-wide spending. The sum of total monetary expenditures in the economy is obviously nominal GDP.

A demand-side recession occurs when nominal incomes are falling across most or all sectors in the economy. While fiscal policy can be supportive, there are many reasons why monetary policy should be the primary tool to combat an economic downturn. For starters, monetary policy affects financial conditions and the economy instantaneously whereas it can take months (or years) to ramp up fiscal spending (the current crisis being the notable exception!).

Monetary policy has an immediate impact on asset prices, interest rates, and economic expectations, and can therefore affect aggregate demand right away without a significant time lag.

Many macroeconomists, including Central Bankers, have now acknowledged that an NGDP target would be far superior to the current inflation target. Debt contracts in the economy are written in nominal terms. It makes more sense to stabilize nominal incomes and therefore aggregate demand directly instead of targeting a somewhat arbitrary price index that we measure with some imprecision. Furthermore, the Great Recession has shown that the divine coincidence, the fact that stabilizing inflation will also coincidentally stabilize aggregate demand, has broken down and resulted in a completely flat Phillips curve.

Finally, the level targeting idea is key, especially at the zero-lower bound of interest rates. Level targets have an automatic stabilizer property built in, since the Central Bank basically pledges to make up for past mistakes. This affects expectations, which are key. Even Krugman’s original liquidity trap paper suggests that monetary policy can be used to escape the ZLB if only the Central Banks commits to be “irresponsible”, in his own words, and convinces the public that it will accept a higher inflation rate in the future.

The graph below displays the idea of a level target. The straight line corresponds to a trend of 4% NGDP growth without an economic shock. In the other line, I have assumed a substantial negative demand shock in 2020 (plausibly, it will be much larger than what I assumed) as well as the potential path of future NGDP thereafter with a level target.

Higher NGDP growth after the initial shock obviously also implies a higher rate of inflation, but this is actually a feature and not a bug. Both governments and the private sector will have significantly higher debt levels than before. This also implies that we might need a relatively high NGDP growth rate (and therefore higher inflation) coming out of this crisis since consumers and companies will have to service their future debt obligations.

Macrobond Moment: Using our forecast tool, I have simulated one hypothetical line with a shock and a constant 4% NGDP growth whereas the second line displays a NGDP shock in 2020 with subsequent catch-up to previous trend.

Theoretically, an NGDP target should unite economists from different schools of thought. Keynesians are all about stabilizing effective demand. For monetarists, NGDP targeting makes sense because it is essentially the same as targeting the velocity-adjusted money supply (money supply adjusted for the speed at which money changes hands).

Austrians argue that monetary policy, and especially inflationary policies, creates economic distortions in the real economy. High inflation rates are obviously creating welfare losses (via shoe leather costs and menu costs, for example). Furthermore, since some prices are stickier than others, high inflation rates also lead to relative price distortions, which therefore messing up valuable market signals in the economy. Both Austrians and monetary disequilibrium theorists have argued that a low inflation rate is therefore desirable and optimal for long-run economic growth and that inflation should move inversely with long-run productivity, which is exactly the case with a nominal GDP target.

Another core tenet of market monetarism, as the name suggests, is to look at market prices in the economy, especially financial markets. The argument is that financial prices react instantaneously to economic shocks and policy announcements.

Financial markets aggregate data quickly and efficiently and are arguably more trustworthy than soft economic data, such as surveys.

Furthermore, financial data is reacting much more quickly to changes in the economy than other hard economic data, such as inflation rates, GDP growth, even Industrial Production, which come out with a time lag. Especially with the current Corona shock, this has been a much bigger problem than ever before, since we essentially shut down a large part of the economy overnight.

Market monetarists therefore argue that policy makers should mostly focus on financial market forecasts, not only because this is high frequency data, but also because financial markets are leading indicators for the economy instead of being coincident or lagging indicators like most other macroeconomic data series.

As one can see below, both the S&P 500 and the US Treasury yield started to plunge by the end of February, consistent with a significant negative demand shock that lowers both equity prices and nominal interest rates.

In fact, long run interest rates fell faster towards the ZLB then the Fed’s own policy rate, a clear indicator that monetary policy became way tighter. The entire US yield curve shifted down by almost 200 basis points between January and April, which is equivalent of a financial earthquake. Not even during the financial crisis in 2008 did long-term bonds plunge that dramatically, a sure sign that we are about to enter a prolonged period of disinflation or even deflation.

Now, with the newly created NGDP gap, market monetarists have another crucial indicator that measures the stance of monetary policy. In contrast to other measures like the natural rate of interest r* or unemployment u*, the neutral level nominal GDP does not have to be estimated with unrealistic models.

Instead, a benchmark series for NGDP is constructed by using the public’s expected growth path of nominal income (based on the Survey of Professional forecasters). The NGDP gap is then simply the deviation of actual NGDP from its expected future path.

Similar to the piece I recently wrote on output gaps, the NGDP gap also displays a considerable skew in its statistical distribution with a long tail. Moreover, the average NGDP gap has been about minus 1% since 1996. This certainly suggests that monetary policy has been overly tight in recent decades, especially post 2008, just as market monetarists have suggested.

Macrobond Moment: Our histogram tool allows you to overlay the normal distribution.

Such a macroeconomic policy failure has been extremely costly, both in terms of employment losses as well as foregone output, which is exactly why Market Monetarists argue that Central Banks should be reformed and aim for a nominal GDP target, which would according to them, also be more pro-growth in the long run.