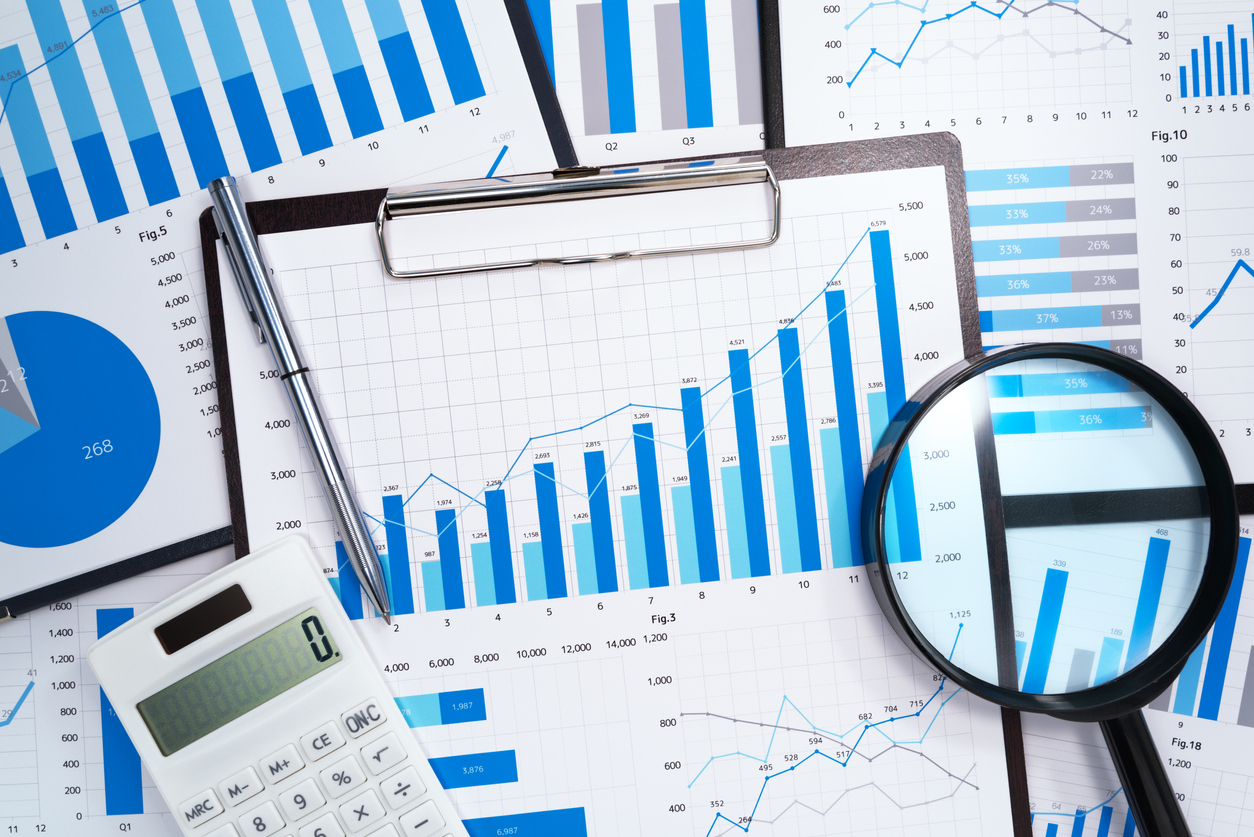 One of the key assumptions in modern macroeconomics theory is that shocks are symmetric. Conventional macro suggests that output evolves along a path of exponential growth and that the business cycle is the result of exogenous shocks that disturb the system. Moreover, the economy is assumed to be stabilizing so that it returns to equilibrium after the initial shock has propagated through the system. Over time, the law of large numbers suggests that the economic system is equally likely to be hit by a positive or negative shock. Therefore, deviations from trend output should a priori follow a normal distribution.

Now that many advanced economies and emerging markets alike are going to spend years below potential again, questionable models and dubious assumptions will matter a great deal, especially if policy makers are basing their decisions on them.

In this blog post, I will use US data and will show that the macroeconomy might behave more like Milton Friedman`s plucking model that he originally put forward in the 1980s. According to this theory, the economy evolves along potential output for most of the time until a negative shock hits and pulls the economy below that path for a while until she recovers.

The first graph plots quarterly data for US real GDP over time. I use Macrobond to estimate an HP filter, which is still a common tool in standard macroeconomic analysis. By design, the HP filter produces deviations from trend that are symmetrical, meaning that positive and negative output gaps should largely cancel each other out in the long-run.

Macrobond Moment: You can easily calculate an HP filter in Macrobond using our Smoothing tool.

A histogram of the output gaps since 1980 therefore produces normal distribution, as one should expect. However, there is ample evidence to suggest that this filtering technique is far from optimal when calculating the economy`s underlying trend line.

Since the HP filter largely acts like a smoothing technique, the estimates based on this filtering technique suggest that the US economy was experiencing a significant boom in the mid-2000s before the financial crisis of 2008. However, at the time hardly anyone believed that the US economy was in the middle of such an extraordinary boom. The underlying growth rates were solid but certainly not spectacular. On the other hand, the smoothing properties of the filter also lead to the fact that output gaps are underestimated during large economic downturns, such as the Great Recession post 2008.

For the reasons mentioned above, I also compare the US real GDP series with potential output estimated by the CBO, which employs a macroeconomic model that estimates trends within different sectors of the economy to then derive a measure of long-run potential instead of using a simple filtering technique.

Macrobond Moment: I created this document with the Count function in our Formula tool.

Using the simple count function in Macrobond, one can see that for the most part the US economy has been operating below potential in recent decades, except for a short period in the late 1990s and mid-2000s.

Similar to what I did before, I show the histogram for output gaps based on the CBO measure for the same time period from 1980 until today. These newly calculated output gaps are very different from the normal distribution and experience a long tail on the left hand side, meaning that there is a significant skew towards large negative output gaps. Most importantly, fitting a normal distribution onto our data would imply that it is centered around a negative output gap of 1.5%.

Macrobond Moment: Our histogram tool allows you to both display the actual distribution as well as the normal distribution based on the underlying data.

I have done a similar exercise for the unemployment gap, meaning the difference between the actual rate and the CBO’s measure of the economy’s natural rate of unemployment. Again, the distribution displays a long tail that shows that negative unemployment gaps are far more common than positive output gaps.

The logic is straight forward. While unemployment rates can rise to very high levels, as during the Great Depression or now, it cannot easily be pushed substantially below the natural rate.

Nominal rigidities and other frictions probably play an important role here. More specifically, search theory suggests that it is much easier to destroy relationships in the labor market than it is to build them.

In a Twitter Conversation I had with Nick Rowe, we agreed that the effect displayed below is similar to the working of a car engine. A negative shock can make your car engine subpar but there is very little you can do to make your Golf run like a Ferrari.

Macrobond Moment: Using statistics, I have added the mean and standard deviation to series calculated above.

The evidence above should make us somewhat sceptical to the current macroeconomic paradigm. Standard models mostly assume symmetric shocks, meaning that positive and negative macroeconomic shocks should roughly cancel each other out in the long-run, and therefore being above potential is just as likely as being below potential.

However, the data, including the current Corona shock, tells a very different story. From 1980 onwards, the US economy has been below potential output and significant unemployment gaps opened that only disappeared slowly. Moreover, it takes longer for the labor market to recover from a substantial adverse shock compared to the duration of the shock itself. It therefore seems that the economy behaves much more like the plucking model but with a broken engine (hysteresis effects).

The simple analysis above therefore should also cast some doubt on the conventional macroeconomic narrative of the Great Moderation. While both inflation and inflation volatility has indeed been extremely low in recent decades, this might have come at the cost of subpar growth as well as excess unemployment, a hypothesis that deserves further investigation, especially now, that unemployment is exceeding 10% again.

While the Corona shock is quite different from the regular business cycle and unemployment rates will recover more quickly, the analysis above suggests that we cannot expect it to recover fully for at least another 2 years.