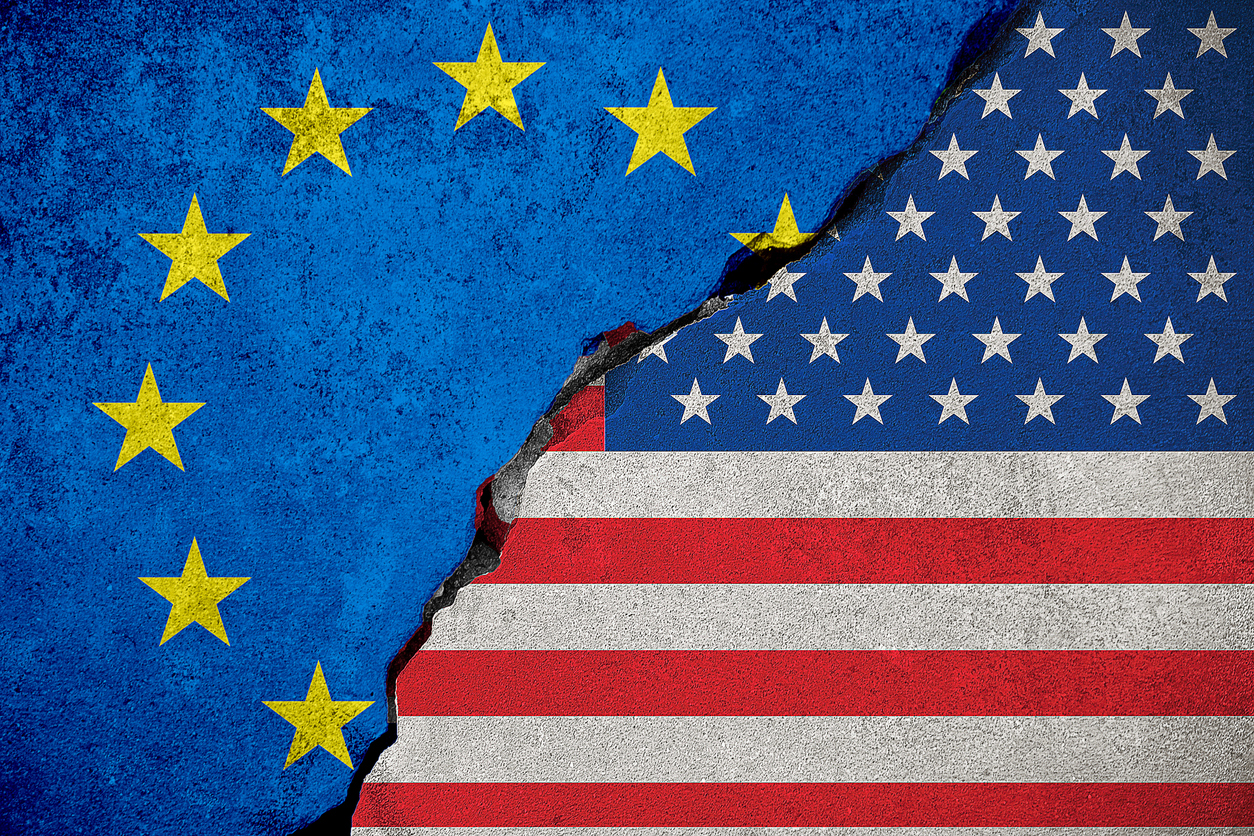 A tale of two recoveries

Charting the diverging fortunes of the US and eurozone as they emerge from the COVID-19 pandemic.

One of the biggest macro themes this year is the growth divergence between the US economy and the eurozone. With the Biden administration leading the way out of the pandemic via USD1.9 trillion of fiscal stimulus alongside a USD2 trillion infrastructure programme, the American economy grew 1.6% in the first three months of this year.

Meanwhile, the eurozone, which provided less fiscal relief, contracted an estimated 0.6% over the same period -- resulting in a double-dip recession caused also by a disastrous vaccine rollout programme.

In the following charts, I show the unprecedented bifurcation across a number of economic indicators.

While long-term interest rates have increased globally in recent weeks, the US curve has shifted up significantly at the long end, by more than 50 bps within weeks.T his seems to indicate higher inflation and higher growth expectations – a bullish sign for the US economy.

The US will see an inflationary surge this year and next, driven by higher commodity prices and generous fiscal stimulus. Depressed economic activity in the eurozone will keep prices down – widening the inflation gap between the two regions to as much as 1.5%.

In terms of nominal GDP growth, the difference will be even more pronounced, as the US economy is expected to growth at 9% or more this year whereas Eurozone GDP might only increase by half that rate.

Consequently, the US will succeed in closing its output gap – the difference between actual and potential output – within the next two years. The eurozone’s gap, on the other hand, will remain wide for years to come, according to estimates from the International Monetary Fund.

Another big driver of the divergence is household disposable income, which is well above trend in the US thanks to the government’s generous stimulus programme.

That’s helping boost retail trade in the US, which is significantly above pre-crisis trend. Consumers in the eurozone, with less disposable income, will remain restrained in their spending, keeping the bloc’s retail trade well below pre-crisis levels.

The labour market is also taking very different forms. In the US, unemployment spiked last year amid massive layoffs during the country’s first lockdown. However, given the pace of economic recovery in the US, we can expect unemployment to settle at below 5% again over the next couple of years.

In Europe, there was no jobless rate spike as employers put workers on furlough instead. But given the weak economic recovery, the unemployment gap between the US and the eurozone is going to widen again.